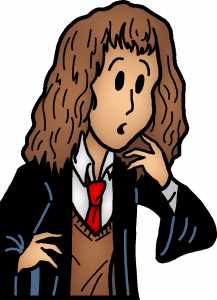 In Sharon's dream world of Harry Barker, Harmony Stranger is a brilliant girl in the same class as Harry at Hollerith's School of Phreaking and Hacking. She has long, unkempt brown hair and is incredibly intelligent. Supposedly, she knew six different programming languages before attending Hollerith's and apparently wrote her first quick sort by age seven. Her input device is currently unknown. She is in Torvalds Subnet along with Harry.

Naturally, Harmony is the analog of Hermione Granger from Harry Potter. Jeff couldn't come up with a particularly geek play on the name "Hermione", so he went with something that sounded similar. There is no known connection between Harmony and Doctor Melanie Granger.