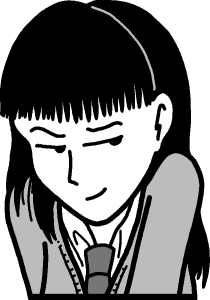 First Appearance: Harry Barker and the Chatroom of Enigmas (November 22, 2010)

In Sharon's dream world of Harry Barker, Jenny is the youngest of the Measly children and the only daughter. Her first year at Hollerith's is Harry and Don's second. She first appears in Bogon Alley, shopping with Don and her parents in preparation for her first year.

Jenny played a key role in "Harry Barker and the Chatroom of Enigmas" when Luser Mouso secretly slipped an optical disc among her school books when the Mousos and Measlys ran into each other in Bogon Alley. Jenny eventually discovered the disc, only to find that it contained the data ghost of a younger version of Gnawthrylilees. The ghost forced Jenny to perform a number of terrible acts, including booting the Chat Room of Enigmas. At one point, Jenny attempted to get rid of the disc by throwing it into a toilet, where it was later discovered by Harmony Stranger, who then gave it to Harry. Eventually, Gnawthrylilees forced Jenny to boot the Chat Room and lock herself inside, after which he attempted to wipe her memories and personality and overwrite them with his own, thus giving himself a new body. Harry was able to infiltrate the Chat Room and defeat Gnawthrylilees' ghost by breaking the disc and interrupting its program. Jenny was grateful for Harry's rescue, but seemed disappointed when he seemed disinterested in her show of gratitude.

Jenny is the analog of Ginny Weasley from Harry Potter.