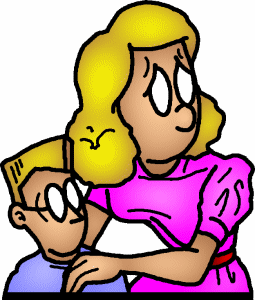 Madeline Barker (maiden name unknown) was the wife of Colonel Lionel Barker and the mother of Jason "Fooker" Barker and his brother, Justin. Very little is currently known about her past, other than the fact that her father owned a small inn with a tavern located in Highland Falls, NY, near to the United States Military Academy at West Point. She worked in the kitchen at this tavern during her late teens and early twenties, which is where she first met a young cadet named Lionel Barker. The two quickly fell in love and were eventually married, right before Lieutenant Barker was shipped off to Cambodia to fight in the Vietnam War. Shortly after Lieutenant Barker was wounded in action and returned home, their first son, Jason, was born. Their second son, Justin, was born several years later while Lionel was commanding NATO troops in Europe.

Although a distinguished veteran and war hero, Lionel Barker was a questionable father at best. Madeline Barker became the central glue for the Barker family, doing her best to shield her sons from their father's stress-induced rage. Not long after Fooker joined GPF Software and Justin started college, Colonel Barker vanished, likely on some form of covert assignment, leaving Madeline alone and in poor health. Although her sons tried to care for her, she eventually succumbed to her illness and died.