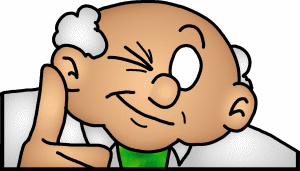 Mr. Jones is a manager at an unspecified level at Goodman Rubber, one of GPF Software's most loyal customers. Mr. Jones has been the chief liaison between the two companies on the GR side ever since he helped out his friend's son, Dwayne Duncan, by granting him an limited-time exclusive contract. Since that time, Goodman Rubber has called upon GPF to fulfill most of their software development needs.

Unfortunately, we know little about Mr. Jones himself. He is generally friendly and helpful and more often than not wears a broad smile. He is not very technical, but knows enough to know what to ask for. Sadly, we may not learn much more about him given that he announced to Nick and Trudy that he is planning to retire from the company after twenty-five years of service. He stated he hasn't "the foggiest what I'm going to do with myself, but I'll bet Mrs. Jones has a few ideas!"