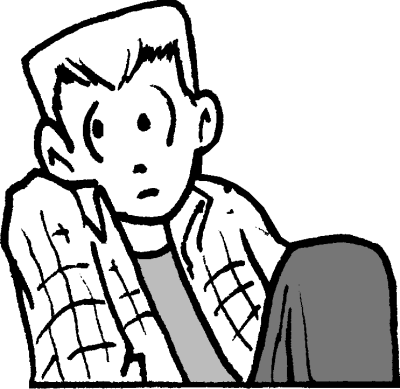 A hapless freelance web designer and an incorrigible punster, Torg is the primary protagonist of Sluggy Freelance. He is impulsive and not so bright, and yet he sometimes comes up with surprising but clever solutions to problems. Torg is the prototypical all-around good guy, who is well-liked by everyone who isn't evil. He is marked by his amiable personality and his unwavering loyalty to his friends, which sometimes causes him to act in selfless (and sometimes reckless) ways. He seems to have problems with steady or stable relationships, as most of the women with any romantic designs on Torg have generally found themselves dead, emotionally traumatized, or generally not very well-off.

When Trudy arrives at the Kesandru House looking for Gwynn, Torg is the one who answers the door. While the two cousins talk in private, Torg eavesdrops on their conversation through the closed door. When he hears more than he really wants to hear, he attempts to disguise his surveillance by questioning the nature of aerosol cheese.

Characters from Sluggy Freelance are © Copyright 1997-2017 Pete Abrams and are used within the strip and this wiki with permission. This article uses material from the "Torg" article on the Niftypedia wiki at Wikia, which is licensed under the Creative Commons Attribution-Share Alike License.