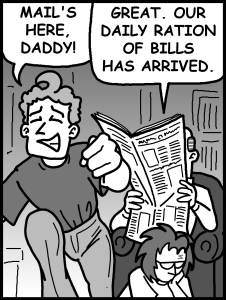 In Sharon's dream world of Harry Barker, Travis is the son of her sister Trudy and Trudy's long-time rival and former lover, Trent. In this world, Trent and Trudy are now married and live their lives as free from technology as possible, being as picture-perfect an example of what hackers call "luddies" as you can get. Travis takes right after his parents and despises any technology he finds inconvenient or too convoluted for him to understand. He makes his cousin's life as difficult as possible by bullying Harry at every opportunity.

Travis is the analog of Dudley Dursley from Harry Potter. Travis not only keeps the alliterated name of his counterpart, but he is also a fusion of both Trent and Trudy's characters. He has Trudy's characteristic curly brown hair, but also has Trent's rectangular face and signature hair "swirl". His nose is even a slight mix between Trudy's and Trent's.