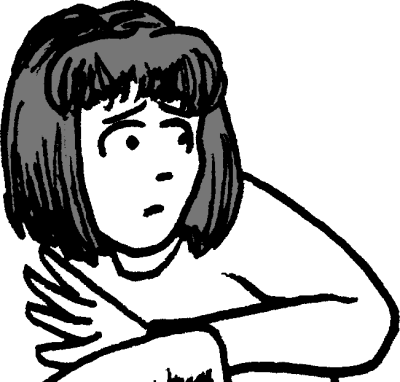 Weight: Unknown (and we're not going to ask)

Half-Korean friend, housemate, and occasional camel, Zoë is probably the sanest one of the Sluggy Freelance crew, often acting as the voice of reason. More often than not, she gets swept up in the group's adventures either entirely by accident or against her will. There is a great deal of unspoken romantic tension between Zoë and Torg. A magical necklace (a gift from Torg) has somehow become attached to Zoë and now manifests only as a tattoo based on its original shape. The presence of this necklace causes her to be transformed into a camel when the magic word "Shupid" is spoken and restored on the word "Kwi".

When Trudy arrives at the Kesandru House looking for Gwynn and the whereabouts of her parents, Zoë chastises Torg for eavesdropping on the cousins' conversation. After being caught in the act, she appears annoyed as Torg tries (and fails) to derail the accusation.

Characters from Sluggy Freelance are © Copyright 1997-2017 Pete Abrams and are used within the strip and this wiki with permission. This article uses material from the "Zoë" article on the Niftypedia wiki at Wikia, which is licensed under the Creative Commons Attribution-Share Alike License.